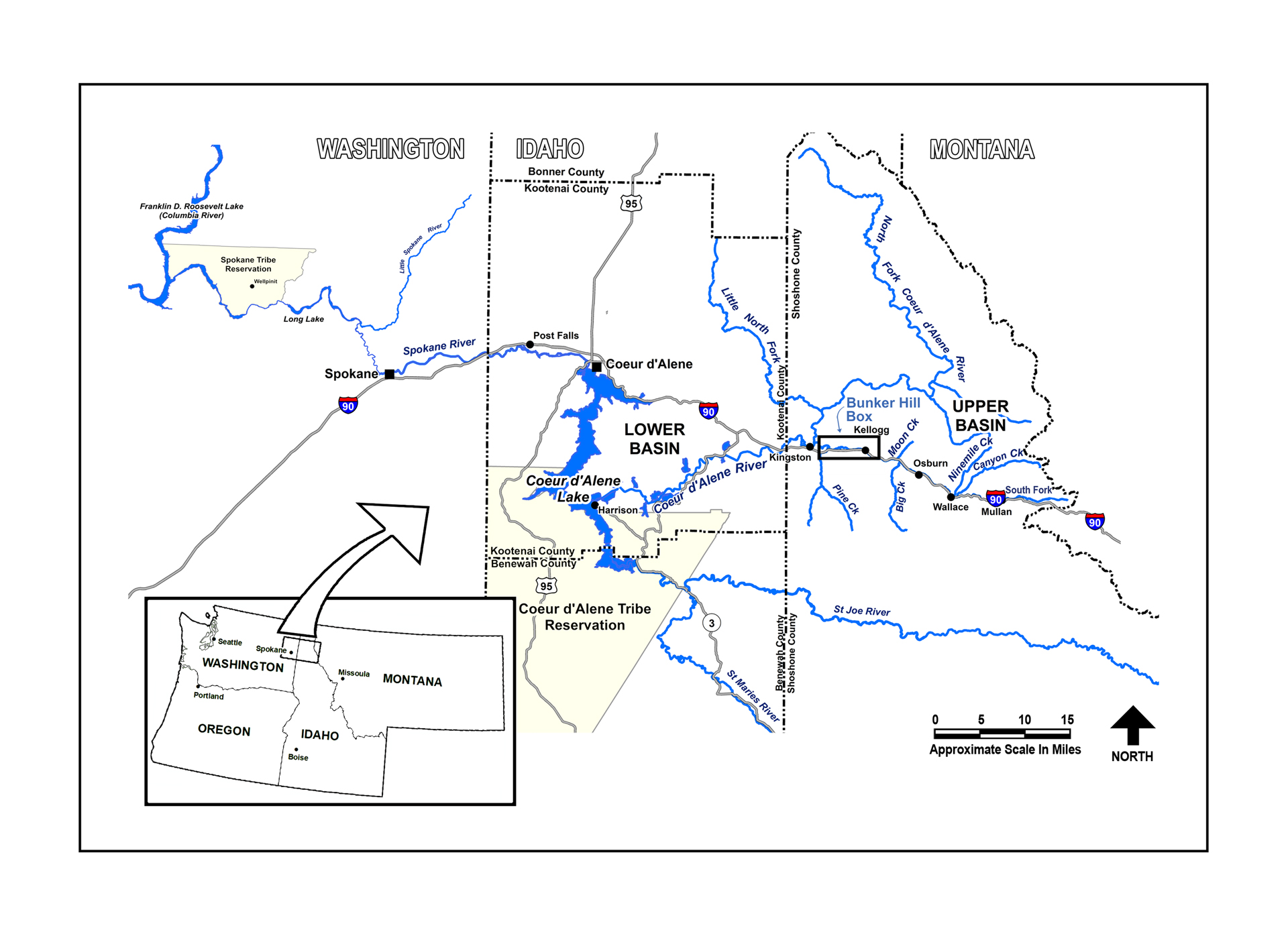 In 1983, the US Environmental Protection Agency (EPA) listed the Bunker Hill Mining and Metallurgical Complex in northern Idaho as a Superfund site. This was because of high levels of heavy metals that had been released into the environment by historical mining and smelting operations. This map generally depicts the area that the EPA studied when evaluating possible cleanup actions in the Coeur d’Alene Basin in the late 1990’s. Environmental cleanup and restoration work is taking place in areas contaminated by historical mining waste in the Coeur d’Alene River Watershed, Coeur d’Alene Lake, and the upper reaches of the Spokane River.

•     In 2002, EPA issued a Record of Decision (ROD) addressing areas beyond the Box, throughout the Coeur d’Alene River Basin, due to contamination affecting human health and the environment. The ROD requires cleanup of all contaminated developed residential, public and commercial properties above contamination action levels. Thousands of properties have already been cleaned up as have several recreation sites and mine and mill sites. Cleanup will take many more years.

•     In 2012, the Upper Basin ROD Amendment was issued by EPA to establish a comprehensive, holistic cleanup approach across the Upper Basin to protect people’s health and improve water quality and the ecological system.